Again this week: timed show notes. Scrub the timeline in your audio app to skip to the section listed below. Movie discussion starts at 19:40.

00:05 Story Time with Alex. He Dutch Oven's himself in his office chair. Will he succomb to methane poisoning? Tune in to find out!

01:30 We invent pants with a butt-hole in them to help gasses escape. Our plan is cheap pants and Dragon's Den. Come on O'Leary, give us the dough.

03:43 Throw back to episode 14 from last summer when we watched The Rugrats Movie. Stu Pickles and his Reptar mobile made bank. RIP Reptar.

04:20 A home-made hamburger recipe and the correct pronunciation of the word Worcestershire (Woo-ste-shire?). Much easier to spell than it is to pronounce.

06:05 Finally, we announce the movie of the week. Matt Stone and Trey Parker's BASEKETball. Here's an interview from them about the movie.

06:55 Brendan yells at Alex, who is drinking red wine.

8:15 Alex finally discusses his wine selection after a quick interlude. Our theme song is from Kevin McLoed's Incompetech.

9:08 A humorous Turkey recipe: A Canadian Thanksgiving Miracle. It's not real. Pretty sure. Ask us later.

11:03 We, as Canadians, often mix up Arby's (The American roast beef fast-food chain) and Harvey's (The canadian burger chain) when choosing a restaurant. Do they purposely locate them near each other?

21:30 Sportsball. Interleague play. Has that ever happened in real life? It does exist in American baseball.

32:56 Pretzels and mustard anyone?

36:45 We hit the plot of the movie. They're going to lose the team if they lose the big game.

40:25 A Make-A-Wish kid and Jerry Springer happen. Should we play the drinking game?

41:00 Here are the instructions on how to play Basketball on your own.

49:20 BASEketball, The Parent Trap and There's Something About Mary.

Wrong again, Jenny McCarthy: First it was vaccines and autism, now it's HIV

Jenny McCarthy's Vaccination Fear-Mongering and the Cult of False Equivalence

56:00 Non regulation balls should not be allowed in the game! 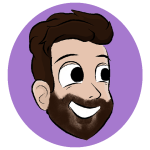